MAD TIL DHL STAFETTEN - SE HER! 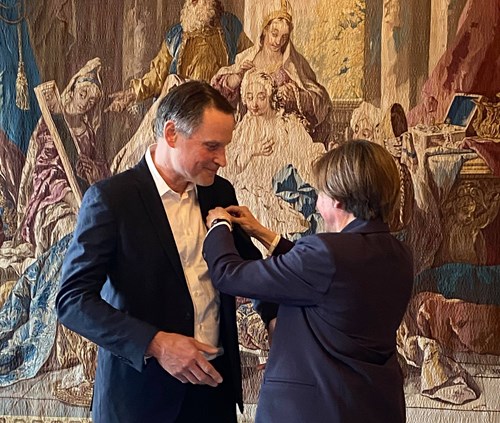 When I was in my teenage years, I was drifting away from a broken family in search of some harbour. By some miracle, I attracted hepatitis in Paris as an au pair and went for a recreational stay with an unknown family in Agen, Gascony, only to discover after some time that the family had always wanted to have a son, but could not have children. What is the chance of finding, right there, a place that felt like home?

Elizabeth and Guy Sverzut ran the legendary 4th generation patisserie and traiteur Au Petit Marquis. Guy happened to be one of the best pastry chefs of his generation. He was offered a fortune from Japan for his Gateau de Roi recipe. During the period when it was baked, it was the only product in the entire shop! He made prunes stuffed with almond paste, left over chocolate cake, praline, prune jam and Armagnac, a "romkugle" from another planet. Guy was a renaissance man and a poet. He introduced me to Rimbaud, Verlaine and Beaudelaire, but also to rugby, petangue and the virtues of an early pastis at the local bar. He took me to the market to meet all the vendors that had worked with his family for decades. He tought me how to debone a guinea fowl and stuff it with foie gras, ceps and truffles. He showed me how to make the pastries that his father and grandfather had passed on to him.

An evening meal on a Monday night would consist of 4-5 courses, take 3 hours and leave you in heaven. Au Petit Marquis was a time pocket, the golden age of French culinary craftsmanship, and it was hospitality 'extraordinarie". Guy came to cook and teach multiple times in Denmark, always leaving guests and students with tears of joy or admiration. Elizabeth and Guy, you are the shoulders I have been standing on my entire adult life. To receive the Order of Agricultural Merit this afternoon at the French Embassy in Copenhagen has helped me connect important dots in my life, and it has been an honor. But - man - how I would have loved for Guy or Elizabeth to have been able to be here with me today and share this very moment. 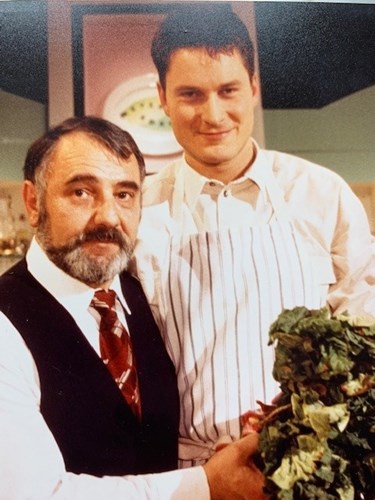